Planting trees restores habitats and reverses the harmful trend of deforestation, the single greatest threat to endangered species in Canada, according to the World Wildlife Fund. 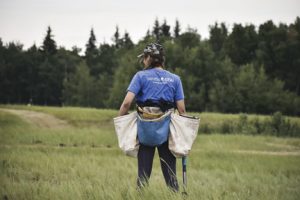 CAMBRIDGE, ONTARIO (OCTOBER 6, 2022) — Saniflo Canada has partnered with Wearth to plant trees in an effort to help restore habitats and reverse the trend of deforestation. To date in 2022, Wearth has planted 2,223 trees in Saskatchewan on behalf of Saniflo. Saniflo’s 5,992 square meters of new forest is equivalent to three National Hockey League (NHL) rinks or one Federation Internationale de Football Association (FIFA) soccer field.

Wearth’s mission is to help address the environmental issues of deforestation, climate change, and food security with positive, meaningful, and tangible actions. The organization has planted over one million trees.

Forestation is key to the ecosystem
“One of Saniflo’s corporate responsibilities is to help protect our environment, as we have shown with our Platinum status with the Green Business Bureau,” says Saniflo Canada’s managing director Phil Warren. “The opportunity to plant trees in Canada will have an incredible impact on our ecosystem. We recognize increasing reforestation in Canada depends on partners like Wearth who can help drive meaningful forestation impact in places that require it the most.”

According to the Wearth website, the World Wildlife Fund’s (WWF) 34-year study, named Canada’s Living Index, found that almost 216,000 square kilometers of forests in Canada were disturbed or fragmented between 2000 and 2013. That disturbance has significant consequences — so much so that the WWF named habitat loss the single greatest threat to endangered species in Canada.

ABOUT SFA SANIFLO®
SANIFLO North America – whose parent company originated macerating plumbing technology – offers a complete line of macerating and grinding upflush toilet systems and drain-water pumping systems for residential and commercial applications. SANIFLO developed its innovative, “above-floor plumbing” technology more than a half-century ago and has led its commercialization worldwide. Today, the company markets macerating technology through 22 subsidiaries in 50 countries and has sold more than six million units worldwide since 1958. SANIFLO products are available through independent sales agents throughout North America, and the product line is currently available at most major plumbing wholesalers and hardware retailers.

Wearth has planted 2,223 trees in Saskatchewan on behalf of Saniflo 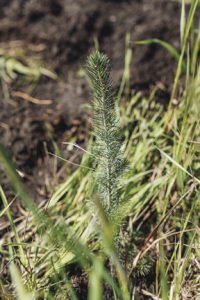 Wearth has planted 2,223 trees in Saskatchewan on behalf of Saniflo